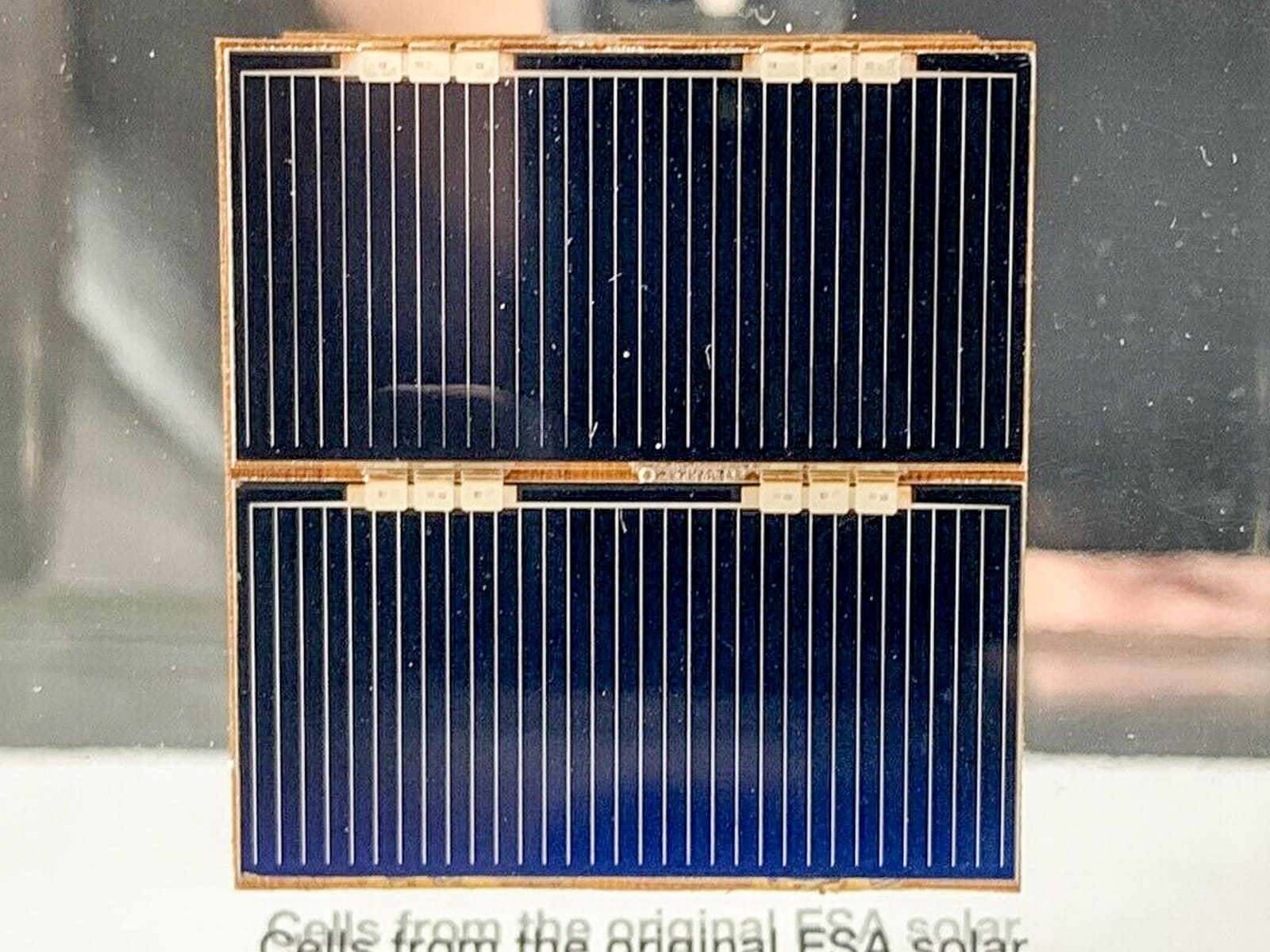 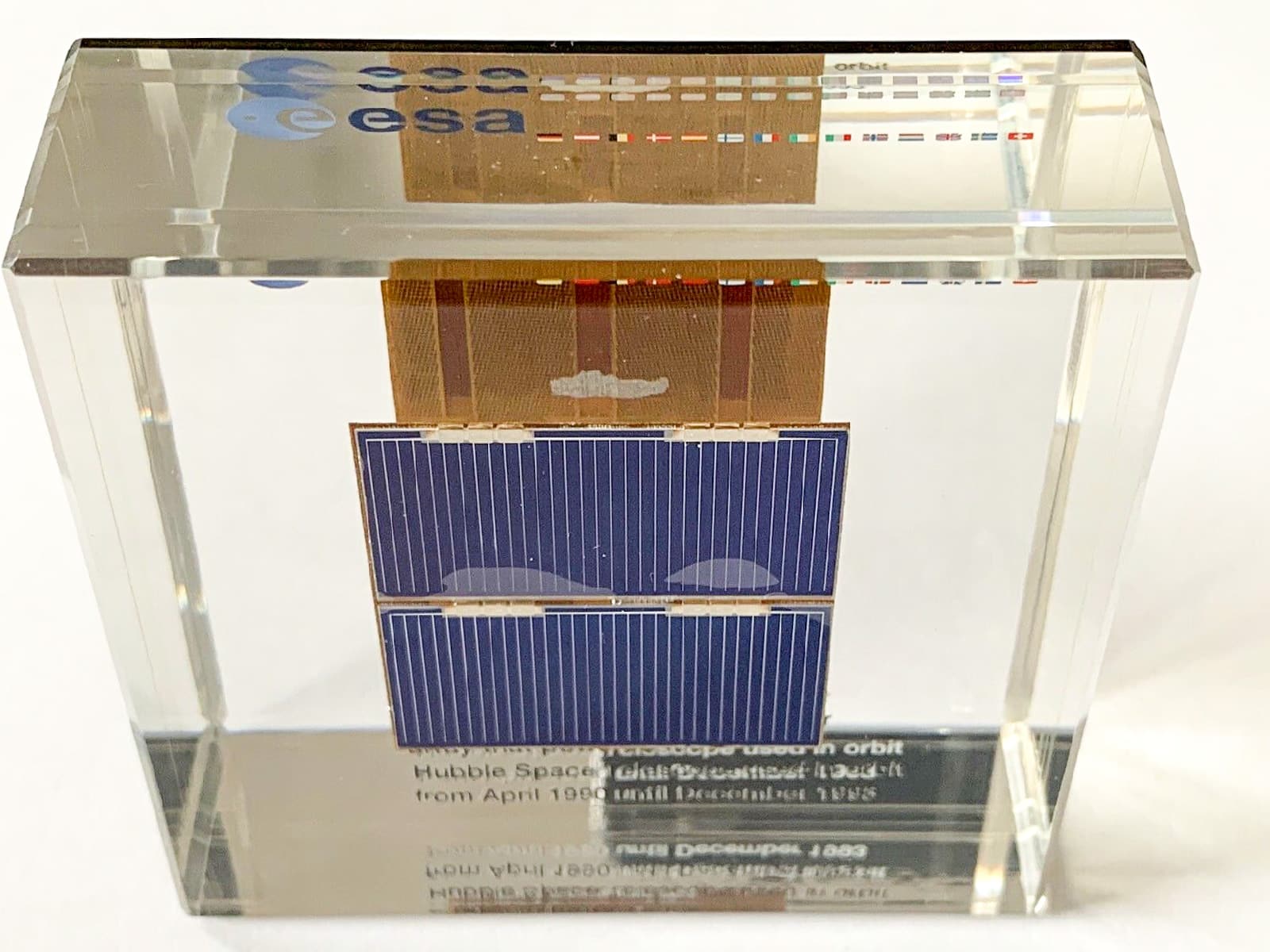 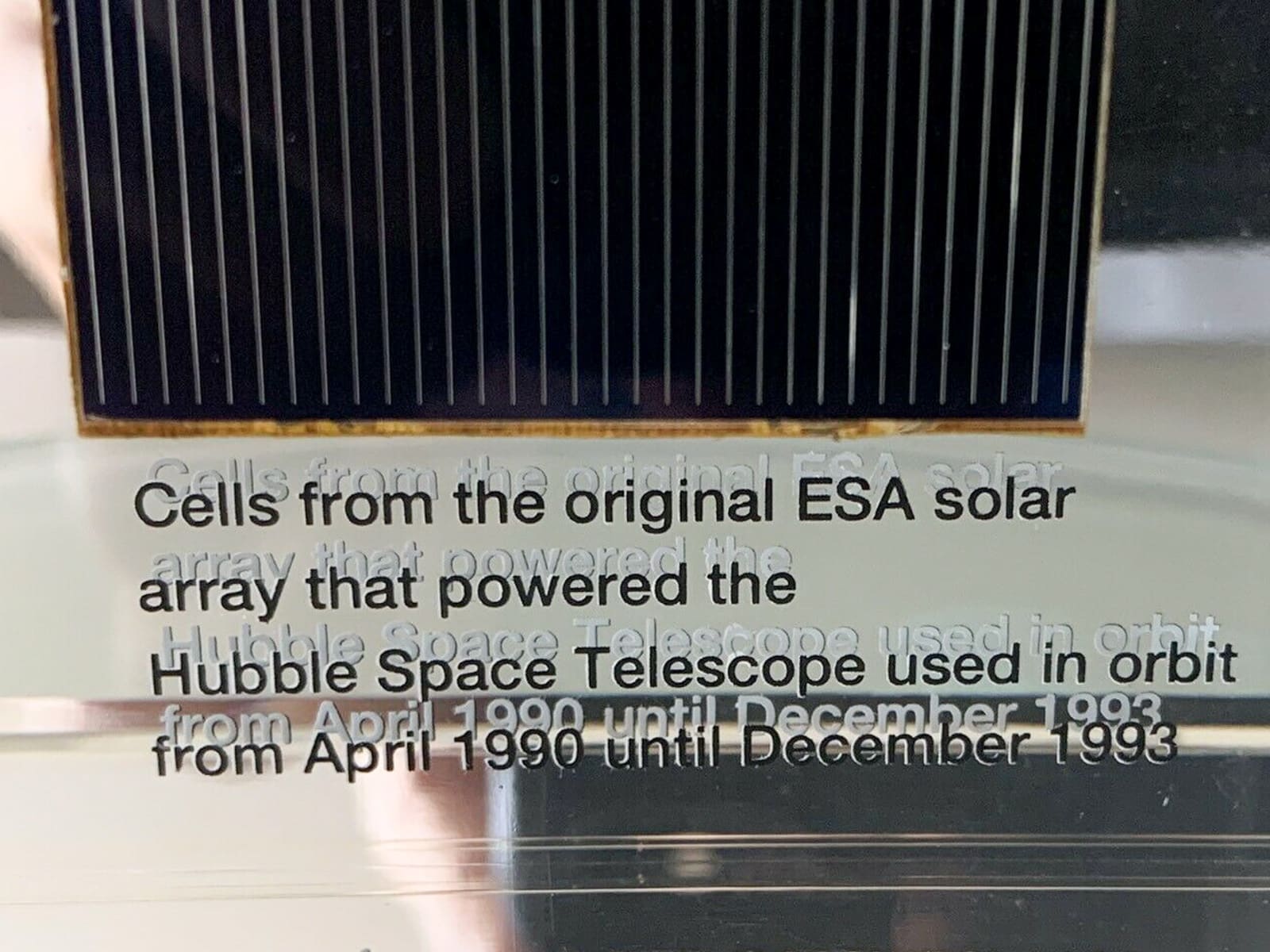 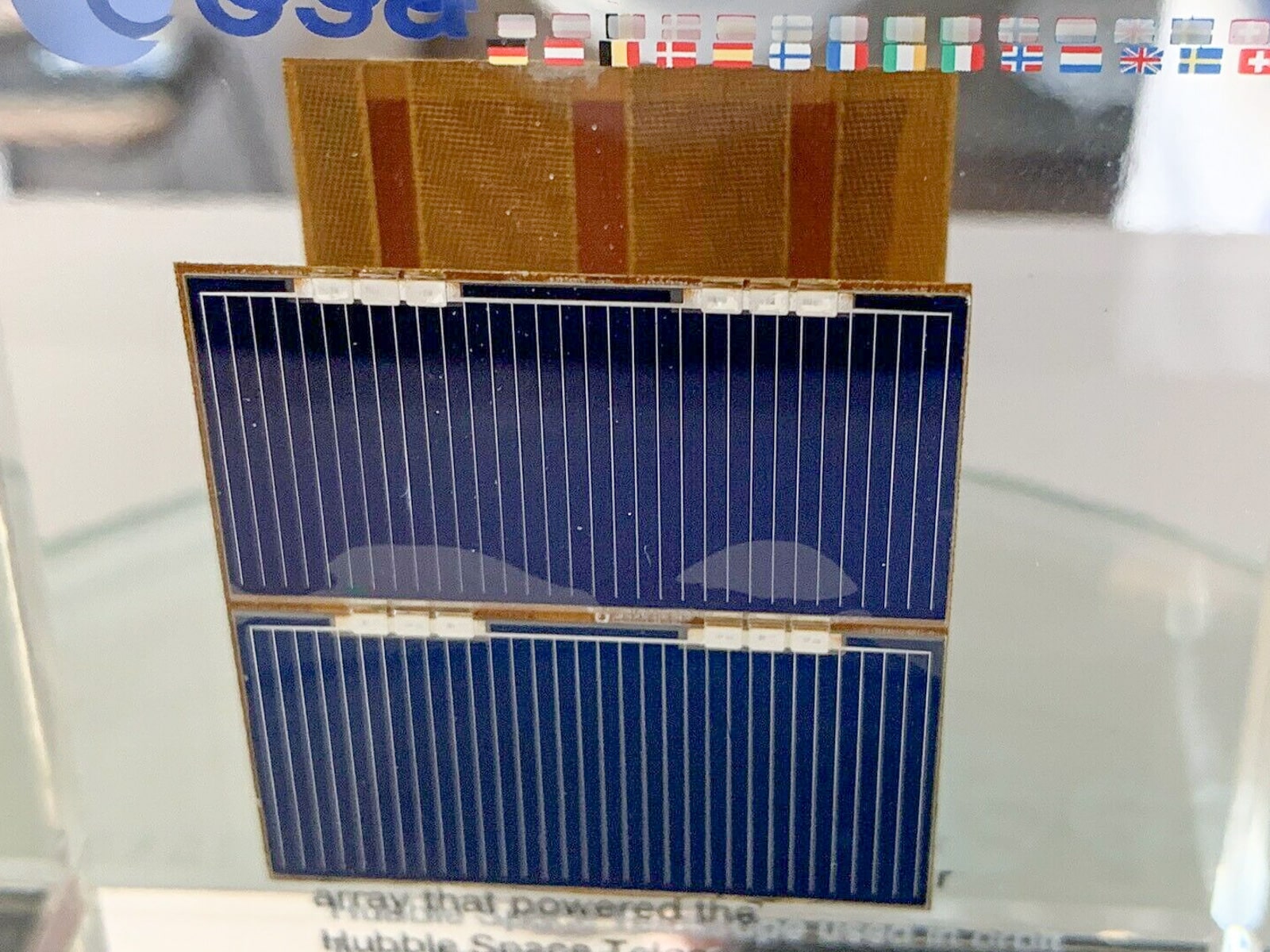 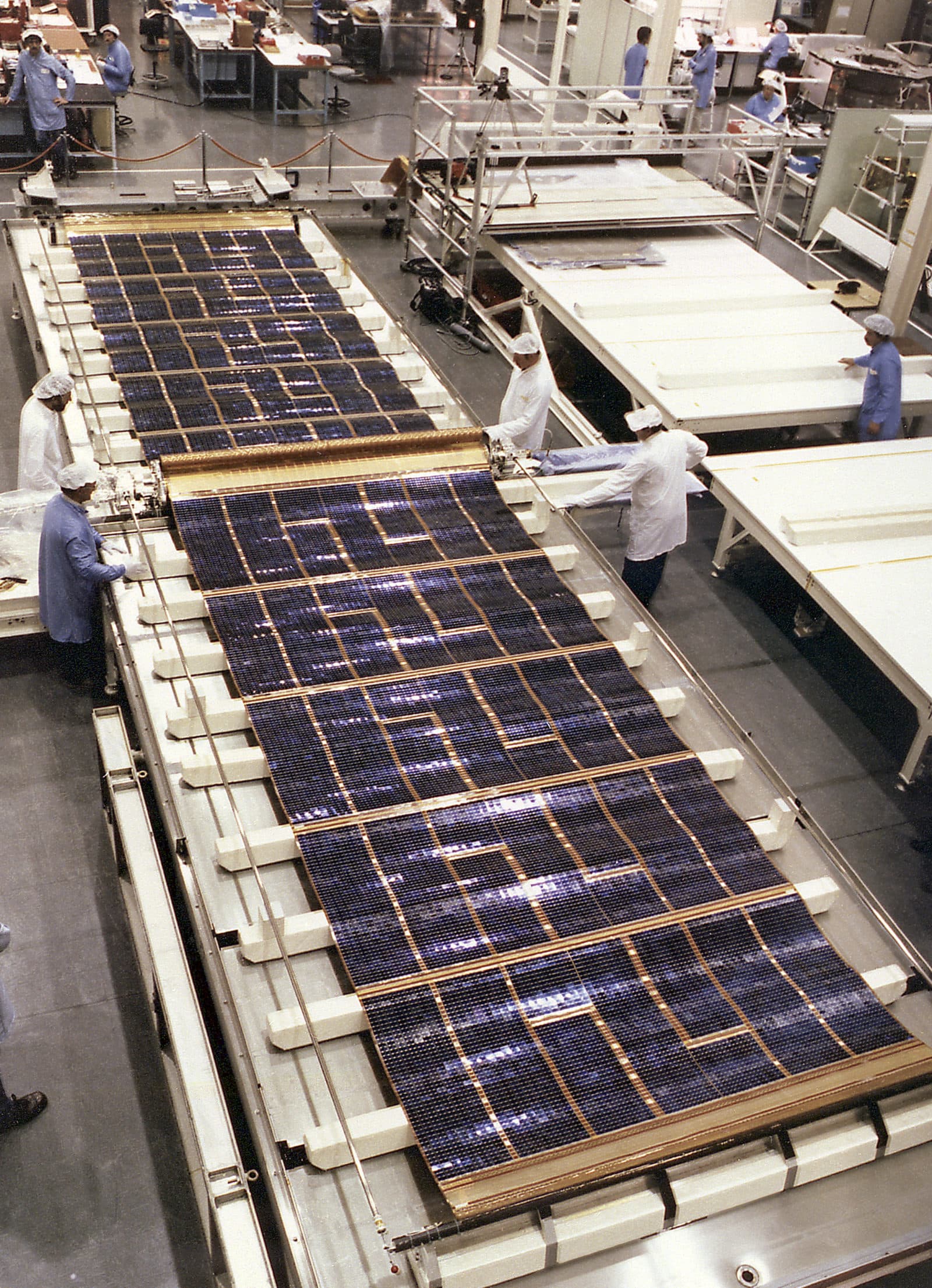 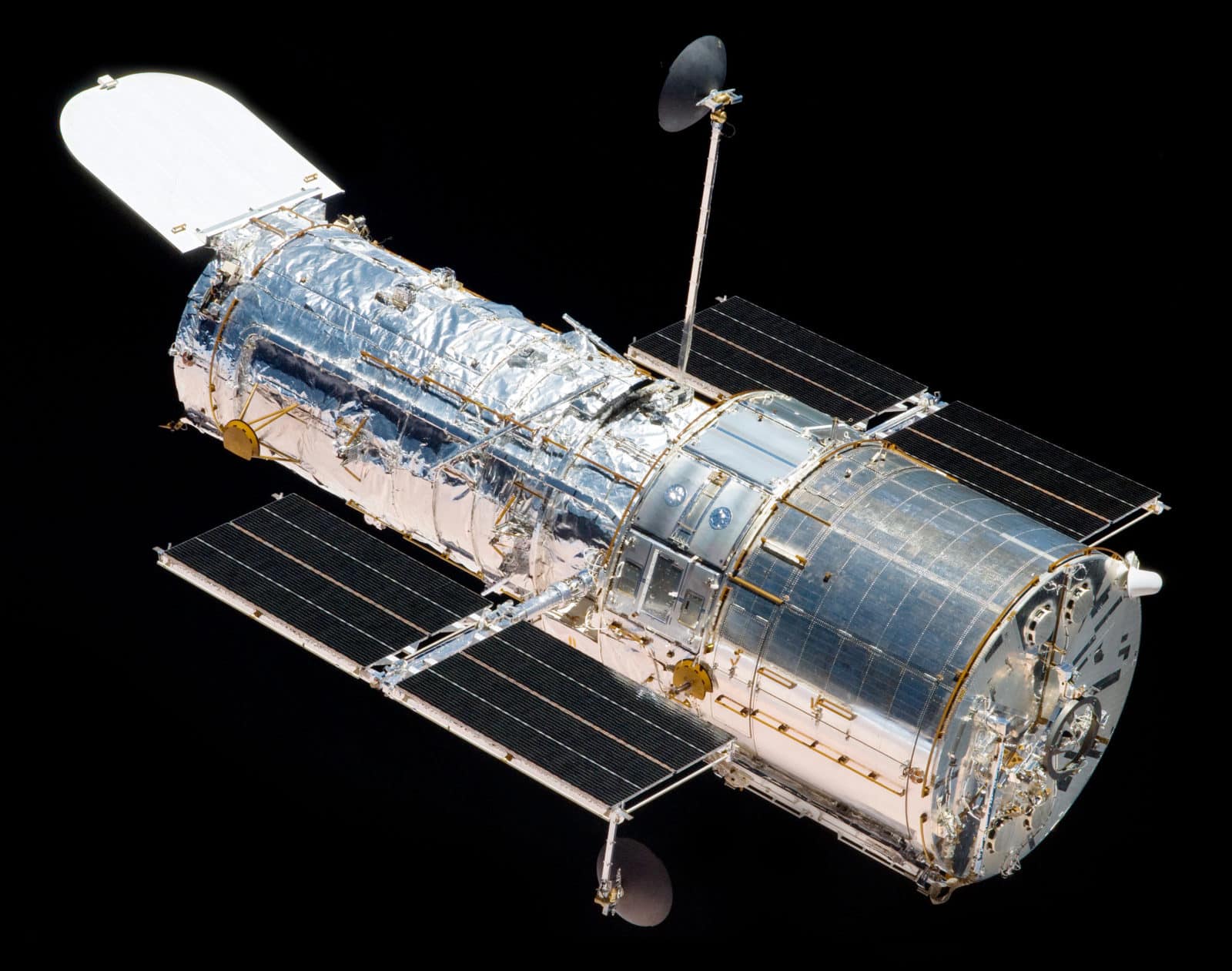 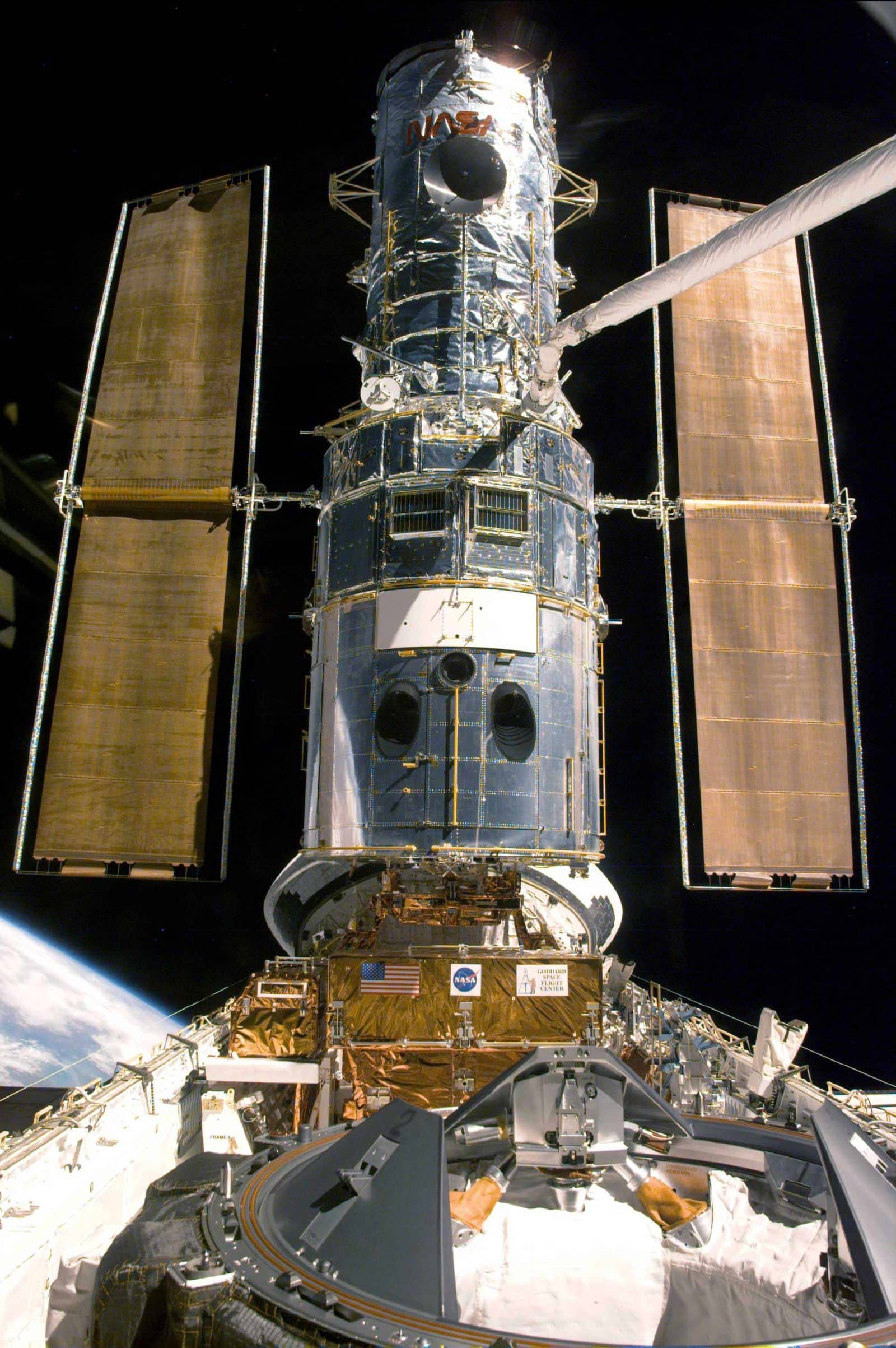 The Hubble Space Telescope is a joint NASA and ESA (European Space Agency) project that launched on April 24, 1990. The project’s mission is to capture astronomical images and data that cannot be captured from telescopes on Earth. The space telescope’s two original silicon solar arrays were made by British Aerospace in Bristol, England. The arrays had to be flexible – they were folded up for launch and then unfolded once the telescope was in orbit 340 miles above Earth. Once in orbit, the arrays would flex and distort every time the telescope transitioned from day (in direct sunlight) to night (in shadow). One part of the array would be in sunlight, the other part would be in a shadow; this change in temperature caused a distortion that caused the telescope to jitter. This jitter affected the image quality of the telescope. A second set of solar arrays were sent up with the first Hubble servicing mission aboard the Endeavor Space Shuttle (STS-61) in 1993. Astronaut Kathy Thornton was able to remove one original solar array, but the other solar array could not be folded up after removal from the telescope, so it was left to drift in space for a few years before burning up in the Earth’s atmosphere. This museum specimen is part of the original solar array that Kathy Thornton was able to remove and fold up for transport back to Earth.

Eventually, the second set of arrays also had to be replaced in 2002 with GaAs solar cells, which provide 20% more power. The 3rd generation solar arrays are framed by a rigid lithium-aluminum alloy and they are not flexible. The Hubble Space Telescope is still being used and its successor, the James Webb Space Telescope, will launch in 2021.